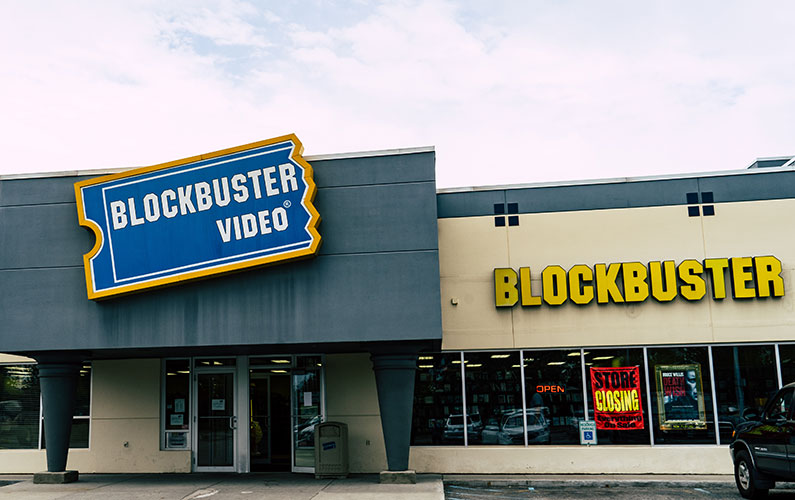 Remember the days of wandering around local video rental stores looking for a movie to rent that weekend? Remember getting that red Netflix envelope in the mail? It might surprise you to know that video rental companies did not have to pay for the rights to rent those movies.

They simply bought the same videotapes and DVDs that the general public could buy, and then used the “First Sale Doctrine” from Copyright Law to rent them out. Anyone could buy a bunch of movies and open a video rental store, and those mom & pop shops flourished before big chains put them out of business.

Studios tried and failed to stop the rental industry. Later, after video rental stores were well-established, studios found a way to make money by either leasing videos more cheaply than stores could buy them, or by offering special deals for early access before the movies were sold to the general public. But other stores without such deals could still legally buy and rent videos, they just had to wait a few months until they were available to the general public.

The Copyright Act of 1790 & The First Sale Doctrine

The Copyright Act of 1790 included the “right to vend” copyrighted work. Publishers tried to assert those rights to control the price at which stores could sell their books.

In the 1908 Supreme Court case of Bobbs-Merrill Co. v. Straus, the owners of Macy’s were sued for purchasing books at wholesale and then selling them for 89¢ each, instead of the $1 the publisher demanded.

The U.S. Supreme Court held that the right to vend granted by the copyright statute did not include the right to control resale of copies of the work after those copies were initially sold by the publisher. A year later, this Supreme Court decision was codified into the Copyright Act of 1909.

This First Sale Doctrine of the Copyright Act, provides that an individual who knowingly purchases a copy of a copyrighted work from the copyright holder receives the right to sell, display, loan, or otherwise dispose of that particular copy.

The First Sale Doctrine is what allows libraries to loan out books and materials to the public. And it is also what allowed the video rental industry to develop. 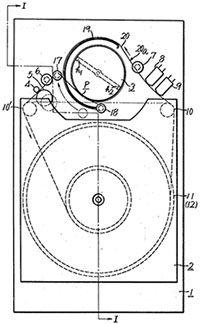 In 1976, movie studios sued to ban the sale of the Betamax, on the grounds that the new technology could potentially be used for copyright infringement.

If Sony had lost this lawsuit, the VCR would have been banned for all Americans. In 1984, the Supreme Court ruled in favor of Sony, making the VCR legal. This also set two important precedents: 1) that making individual copies for purposes of time shifting is fair use and not copyright infringement, and 2) that manufacturers of home video recording devices, such as Betamax or other VCRs, cannot be liable for infringement by users.

In 1977, Magnetic Video became the first company to release theatrical motion pictures onto Betamax and VHS videocassette for consumers. Co-founder Andre Blay, convinced 20th Century Fox to license fifty of their films for home video release in VHS and Betamax formats. Blay established the Video Club of America in order to sell the titles directly to consumers by mail for a $10 membership and $49.99 for each videotape. 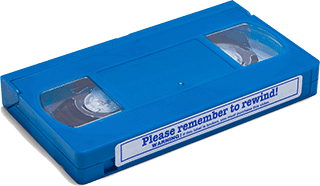 Later that same year, George Atkinson bought one Betamax and one VHS copy of each of the 50 available movie titles from Magnetic Video and opened the first video rental store. Atkinson was soon threatened with a lawsuit for renting the videos, but discovered that the First Sale Doctrine of U.S. Copyright Law gave him the right to rent and resell videos he owned.

Studios faced a stark choice: Either don’t make a videotape of your movie, or else accept that video rental stores can buy your tapes and rent them out to customers. There was no prolonged wrangling over licensing fees, because studios weren’t entitled to them.

1982: One Last Attempt to Stop the Video Rental Industry

In 1982, the Consumer Video Sales Rental Act was introduced in Congress, which would have given copyright holders the exclusive right to authorize the rental of prerecorded videos. This legislation would have shut down the video rental industry by making it a crime to rent out movies purchased commercially and thus ending the existing market model of rental stores. On October 21, 1983, video stores across the country closed down for several hours in protest.

By 1985, there were nearly 600 National Video franchises in operation, each location stocking a 2,500-title collection. With each movie title costing on average $70 to purchase, stores were struggling to afford the capital necessary to refresh their collections and remain competitive.

In 1986, Ron Berger, founder of the National Video franchise, created what became known as the pay-per-transaction (PPT) system: Rentrak Corporation. Instead of purchasing movie titles, video rental stores could lease them. Rental profits were shared among rental stores, Rentrak, and the movie studios, with payments determined by the number of times a particular title was rented. In exchange for sharing their profits, rental stores paid less than $10 for a title, enabling them to stock a larger quantity of popular movies and to increase the breadth of their collections as well.

By the late 1980s, Rentrak Corporation became the world’s largest distributor of pre-recorded videocassettes on a pay-per-transaction basis, an attractive alternative to paying upwards of $70 per title.

In 2002, Redbox launched, placing DVD vending machine kiosks in convenient locations such as just outside grocery stores, Walmarts, and Walgreens.

While a major part of the Redbox advantage was its low and simple rental price of $1 overnight DVD rentals, Redbox kiosks were also available virtually 24/7. Previously hated late fees at Blockbuster were a simple extension of the $1 per night rate and thus, never really an issue for Redbox customers.

As content producers move away from physical media like books, CDs, and DVDs, replacing them with digital copies like ebooks, music downloads, and streaming, it also means an end to the protection of the First Sale Doctrine. Without a first sale of a physical product, there is nothing to own, and thus no ownership rights to loan, rent, or resell what you own. At this point in time, First Sale Doctrine does not apply to digital copies.

Without Competition from a Secondary Market, Licensing is More Expensive

When studios wanted to make money from video rental stores through pay-per-transaction licensing deals, they needed to make those deals more attractive than the buy and rent model stores had used previously. Licensing digital rights has no competition, and so ends up much more expensive.

In 2010, Netflix could buy 10,000 DVD copies of a major title for $150,000 to mail out. But streaming rights for the same title cost about $16 million for a two-year license. That’s more than 100x the cost for only two years of streaming, whereas the physical discs can be rented for as long as they still work.

When you could rent DVDs from a local store, from Netflix through the mail, or even borrowed from your local library, you could basically watch any show that exists in the world.

But now licensing deals are a barrier to access, and there are many shows that are not available to watch over any streaming video service because copyright owners have not licensed them.

Even worse when the shows were created exclusively for streaming and never existed in physical form. If content owners remove them, they don’t exist anywhere anymore, completely erased from our collective culture.

This not only affects consumers but also the creators of the shows, as happened when HBO pulled a massive chunk of its catalogue off its streaming service for the tax write-off, with no plans to license it anywhere else.

Russ Weinzimmer & Associates, PC is an experienced Patent Law Firm serving clients nationwide. We have the knowledge to represent individual inventors and entrepreneurs, as well as startups. We understand what adds value to a business, and we put that knowledge to work for our clients.

We make the effort to understand your business objectives so that our service effectively helps you reach your goals. We offer an informative free phone consultation with a Patent Attorney. All consultations with an attorney regarding your technical ideas and legal matters are confidential, whether you choose to hire the firm or not.