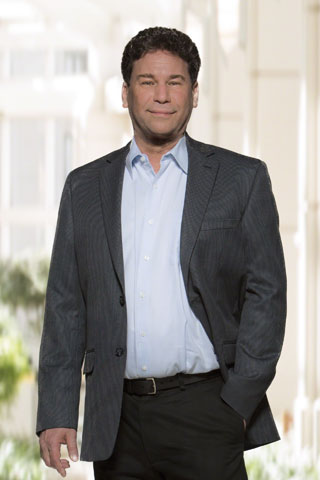 The Everything Inventions & Patents Book

Russ Weinzimmer has over thirty years of experience in Patent Law, which includes seven years doing complex patent preparation and prosecution in demanding downtown law firm environments, seven years as In-house and Chief Patent Counsel at a leading global high-tech corporation listed on NASDAQ, and over sixteen years as Founder and Senior Attorney at Russ Weinzimmer & Associates, P.C, where he has helped clients nationwide with their IP needs. Five years of corporate and entrepreneurial experience prior to his career in law enables him to better understand the business needs and objectives of his clients. Russ presently advises a variety of start-up ventures.

At Cognex Corporation, as Chief Patent Counsel, Russ was the first full-time in-house attorney at the company. Cognex is a global public company in the machine vision industry with more than $800 million in annual revenue as of 2018. Cognex Corporation won its lawsuit against Jerome Lemelson’s limited partnership, and invalidated his machine vision patents that were used to extract millions in license fees from larger companies such as Ford and Motorola. Cognex was founded by three MIT graduates. Russ grew the patent portfolio from two issued patents with two patents pending, to over 115 issued patents with 133 patents pending, within seven years. Russ worked closely with engineers to strategically identify patentable technology. He personally prepared and filed eight new patent applications per year, working directly with world-class company founders/inventors.

Prior to entering patent law, Russ was a co-founder of a software start-up, and was involved in various aspects of technology marketing in a corporate environment. He brings the perspectives gained through these business experiences to his practice of Strategic Patent Law®.

Robert Strawbrich has over 20 years of experience as a practicing Intellectual Property Law attorney, along with over 8 years of industrial work experience as both a Design and Product Management Engineer in the Semiconductor industry. He has prepared and prosecuted well over 150 patent applications, in a broad spectrum of technologies, including server and computer networking technologies, semiconductor circuits, semiconductor processing and semiconductor materials technologies, microprocessor and memory architectures, software methods, data communication algorithms, DSP, fixed and mobile wireless networks and circuits, television broadcast, broadband circuits and systems, electric motors, chemical processing, down-hole oil well equipment and Internet software and business methods.

Robert also has extensive experience providing patent litigation support, performing IP portfolio valuations and IP due diligence in support of corporate mergers and technology acquisitions, drafting and negotiating technology licenses and development contracts, as well as counseling clients regarding the establishment of in-house IP development and protection programs. Robert has been licensed to practice before the Patent and Trademark Office since 1992 and has been licensed by the Bar of the State of California since 1991. He holds a BS in Biomedical Engineering from Boston University’s College of Engineering (1980) and graduated with Honors from the University of Texas School of Law in 1991. 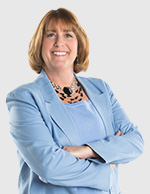 Cheri S. Hill is a successful entrepreneur, business owner, and premier business strategist with over 25 years experience. CEO and Co-Founder of Sage International Inc., Cheri is also an accomplished speaker, teacher, and radio host, fostering the entrepreneurial spirit by providing workshops, seminars, and speaking engagements. Co-author of the best selling book, Incorporate & Get Rich! (recommended by Robert Kiyosaki in his business classic Rich Dad, Poor Dad), Cheri Hill has mastered the art of teaching entrepreneurs what it takes to create and maintain a successful business.

As an Amazon Associate, this firm
earns from qualifying purchases.

Cheri Hill and her staff have helped thousands to form successful companies (as LLCs, Partnerships, S Corps, and C Corps), also providing ongoing support services to help the clients of Russ Weinzimmer & Associates PC to build a solid business foundation. Cheri and her staff will “hold your hand” through the entire process — before, during, and after your business entity is formed. They will help you decide which form of business entity will work best for your particular situation, enabling you to understand the true advantages and disadvantages of each. They will also help you understand how your new business entity will work for you, and then give you the ongoing support to help you keep your company in good standing. 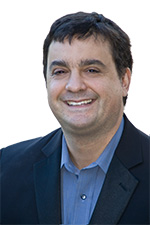 Joe earned a Master’s degree in Information Systems Management from Carnegie Mellon University, an MBA from the University of Pittsburgh, and is a Certified Valuation Analyst (NACVA). He is also the co-author of From Lifeguard to Sun King, the Wall Street Journal and Los Angeles Times bestselling autobiography of Banana Boat® founder Robert Bell, and the author of a book about Warren Buffet’s mentor, The Einstein of Money: The Life and Timeless Financial Wisdom of Benjamin Graham (Prometheus Books, 2012), followed by A Brief History of Entrepreneurship (Columbia University Press, 2016). In short, Mr. Carlen offers a rare combination of technical, financial, and professional business writing skills. His business services are essential resources for inventors who want to ensure that no opportunities are lost with respect to the commercial potential of their inventions. 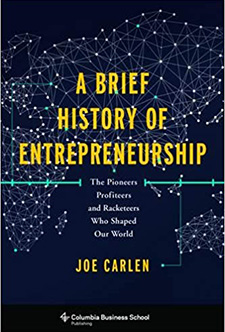 Author of
A Brief History of Entrepreneurship 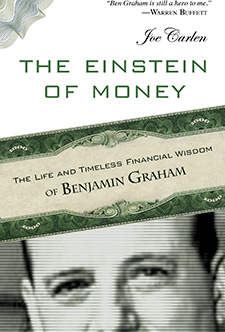 Author of
The Einstein of Money: The Life and Timeless Financial Wisdom of Benjamin Graham 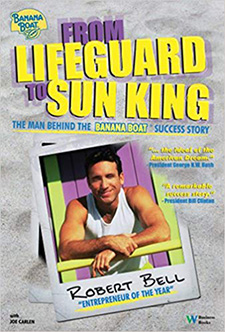 Co-author of
bestselling book
From Lifeguard to Sun King

As an Amazon Associate, this firm earns from qualifying purchases.

Kimberly Foss works with businesses across the United States and around the globe, specializing in creative concepts for print and the web, including Logo Design, Copy Writing, award-winning Graphic Design & Typography, and complete project management. Since 1986, Kimberly and her team have built a solid reputation for producing affordable, high quality design solutions—on time, within budget, and to client specifications. Find out for yourself how easy it is to have an effective logo, or other marketing / identity tool created and produced — one which improves both your image, and your bottom line.

Kimberly Foss earned her degree in Printing Technology from Rochester Institute of Technology (RIT) in 1980. Prior to starting her own business, she directed the Art and Composition Departments for two commercial printers from 1980 to 1986. Ms. Foss has also taught courses on Typography at the University of New Hampshire.

Kurt Stegall is a maverick inventor that has worked in the high-tech sector for over two decades, producing innovative work involving: digital design, data mining, artificial intelligence, and semantic web technologies. He has designed, manufactured, and taken to market sophisticated electronic devices in the consumer and biomedical fields (e.g., RF, subaqueous, EEG, sensors). Kurt is now receiving passive income generated by his inventions.

Kurt Stegall is fluent in both spoken and written Mandarin, having lived for years in China. He is a seasoned negotiator with years of experience directly outsourcing manufacturing and lab testing to mainland China firms. Kurt possesses a network of trusted partners in each relevant field — after trying dozens of suppliers. His manufacturing experience includes: plastic injection molding, low pressure molding, and PCB manufacturing. His lab testing experience includes: FFC, R&TTE, and LVD certification. Kurt has extensive experience with supply chain logistics, including: warehousing, order fulfillment, credit card processing, and offshore company formation. Kurt makes all of this knowledge and experience available to the clients of Russ Weinzimmer & Associates, PC, helping them to avoid costly and time-consuming mistakes.

More recently, Michael established, staffed, and managed an international legal department for Cognex Corporation, a major NASDAQ- listed company. As Vice President of Legal Affairs, he was responsible for all legal matters, including intellectual property due diligence and agreement preparation and negotiations with respect to merger & acquisition activity, all commercial contracts, and intellectual property and corporate legal matters. Among his many achievements, he successfully managed the five year litigation effort resulting in the shut down of the now infamous Jerome Lemelson machine vision patent trolling effort by invalidating 14 patents being asserted world wide against major corporations. Michael also successfully managed patent assertion litigations against patent infringers.

Michael has extensive overseas business experience in Europe, China, South East Asia, Japan, and Korea, including a three year expatriate assignment in Australia. Michael received his Bachelor of Science degree from Boston College, and his Masters in Business Administration degree from the University of Massachusetts.

Bob Stepha is currently engaged in the preparation of complex patent applications as a Technology Specialist with the firm. Bob Stepha has unique technical qualifications, including more than a decade of integrated circuit (IC) design and fabrication experience, in addition to over ten years of software engineering and computer science experience. Bob Stepha has a BA in Physics, and a Masters in Electrical Engineering, with additional graduate work in Materials Science.